Please Accept My Apologies For Niggers In The Gay Van

I rarely apologize. The issue is simply just that I rarely, if ever, actually do anything that merits an apology. The few times that it's happened over, I don't know, the last decade or so have involved a rather astronomical amount of alcohol, and I always, always specifically make a point to whomever is serving it to me that they have to be conscious of the things I might say if they get me that drunk. One particular such moment that remains vividly etched on my mind forever involves a rather dark, dull, and swarthy Armenian guy I knew in business school, and this was maybe early 2011 or so, who today lives in London on quite a lot of, well, essentially welfare money from the American CIA with his Ukrainian wife and children. He wanted me to drink vodka with him, and I was like, dude, look, I don't mean to be rude but I'm already drinking wine, and if you want me to drink vodka with you, I want to be absolutely clear that I accept no liability for anything that might come out of my mouth, I mean, here I am, visiting a N!gger Nude Beach only because someone insisted, and now everyone expects me to mix booze and be positive about the whole thing and fraternize with the local fauna, and look, I'm just not a pro-Western welfare case from a post-Soviet shithole. Real economy here. No crackpipe. Noooooo crackpipe.

anyway, the West has since moved on, and is now on the crablockpipe

Many people, particularly those readers of mine who are non-native speakers of English, are not aware of the many uses of the preposition "in". So, before we proceed, I want to briefly discuss what it means to be "in" something, in the context I reference. Specifically, the context is that of an investment, and something in which one maintains an active holdings position. I'm in oil. I.e., I know what plastics and rubbers are and how and where and why they're used, and that gasoline is just a relatively inconsequential byproduct of the refining process. If you're Russian and relatively literate in chemistry and you're high right now it probably seems like your country is almost getting half its income from selling compressed air. That's why the West now needs the crablockpipe.

Another thing that some of my readers may have gathered by now, is that while I absolutely adore the "N-word", and in so many different literary ways, I never, ever use it about Black people. Isn't that weird? Everyone always says that's weird. But I want to tell you, dear readers, the same thing I always say about Black people: Black people do not deserve to be abused with this horrible pejorative word. Black people are from a normal line of human evolution that largely does not diverge from that of any other mammal. Africans who are slow and stupid and criminal are killed, early and often. Not just by other Africans, but by other animal species. White-skinned people, however, and particularly white-skinned people in North America, are from an overwhelmingly adverse-selected line of human evolution. White-skinned agripeasants with demonstrably, hereditarily inferior brains and bodies have out-populated better variants of their race to an unmanageable degree since the 19th century, despite several significant attempts by monarchs to cull adverse-selected populations over the same period. It's not that there are no better humans (and other animals) around to kill them off - there definitely are - it's that their legal system enforces worthless adverse-selected behavior at all times, through decision-making that is based on social proof and popular consensus instead of concrete assessment of human behaviors in comparison to laws in force.

This is a serious moment for me, actually, to write about this. Anyone worth anything has probably been asked, extorted and harangued, even, to help and mentor someone incredibly dull and stupid over the years. And so it goes in my own life. That's how the peasants do it to you: they give you a dumb, worthless piece of trash, demand that your personal success depend partially on your ability to get things for them - to build a comfy, prestigious life for a worthless and totally unqualified imbecile - and then they take everything you have and give it to the idiot and maybe even kill you. Eventually.

Want a good example? Vladimir Putin is the single best one I know of.

But first I want to introduce my Gay Van: a 1999 BMW 528iA that I discovered, parked, at my uncle's garage in Huntington, Long Island, New York after briefly returning from political asylum in Canada in 2020. It was just sitting there, taking up space that could have been used for real business; a client had dumped it several years prior upon being told it needed a new transmission. Why? Because the NSA, who had telematics access to the car, said it needed a new transmission. They simply would not allow the car to run with its current transmission. Remember, get enough people to repeat something false and fraudulent enough times to the point that the peasants all repeat it, and if your opinion differs, one of them may come and kill you after awhile depending on how loud you are about it. Do you have clear, complex thoughts usually? You're not exactly popular, are you. So let me explain what you usually do with a Gay Van: you fold the back seats down. Then it'll run. Make it a two-passenger vehicle and the Nigger Shithole Agency will let you drive your car again. Better hope the original owner bought the ski package that lets you do that. 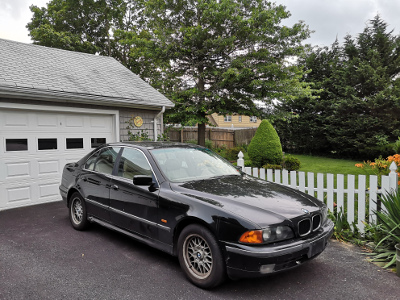 So now you ask why, and here it is: the Gay Van was a fraud from beginning to end. A German brand said, hey, let's put together some steel that rots around even a little bit of beach salt together in the shape of one of our best designs for the stupid Niggers that want to buy the Deutsche Mark for nothing. Give 'em an American hick truck transmission in it just so they understand how badly they shift gears if they want to get paid for that garbage engineering talent of theirs. And I drove the Gay Van, as I liked to call it, for about a week, after rebuilding the lower end of the General Motors automatic transmission in it by myself, with the car on jack stands, during a typical 37 degree (celsius) New York summer. That's right, I actually did it, I know how - but then the Gay Van's inherent tendencies that the Germans put in, ironically, to feed the white trash peasants kicked in - and the car was disabled via telematics. I couldn't fold the back seats down. The original owner didn't ski. And you don't ever buy a used automatic BMW from somebody who doesn't ski.

Rather than just discussing this as a self-fulfilling prophecy sort of situation in a generic sense, I want to actually explain the whole bit now about Niggers and Gay Van in a concrete sense. It gets too ridiculous, otherwise, to try to build an endless number of easily-repeatable, comparative tropes along the lines of stuff that white trash peasants need and love in their lives, the brain fodder they need to understand in order to deal with the world around them. The whole thing is really just about my stupid kid brother, Miles Gavin Meng. Nevertheless, in the interests of accessibility, I want your worthless peasant brain to have all the comparative tropes it needs to understand him and others like him. So you get your Niggers, and you get your Gay Van. There you go. You're now ready for Chapter II.

II. Up The Shithole With Niggers In The Gay Van